Another long break between posts but sometimes there’s so much happening or not much, or just not inspired or simply too busy meeting new friends, do yoga, cook and eat and have a glass of wine instead of sitting and typing. Though I do like writing, it helps reflecting on things and somehow the written words put feelings and thoughts in order. 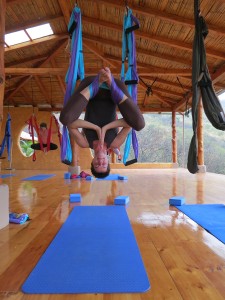 So here is what happened next;
7 weeks ago we left Huanchaco, the nice little surfer beach town and headed north to the Ecuadorian border. It wasn’t easy as we meet and made great friends and simply we were just having too much of a good time there but after 8+ days we really needed to leave.

We choose to cross into Ecuador in the hills (the middle border crossing out of the three) to stay slightly elevated in the good temperature. The crossing was breezy and couldn’t be faster. We even had a chance to fill up full with diesel in the nearby small and friendly town. My first impression of Ecuadorian people was very good. Usually border towns are shady, doggy and you wanna get out of there asap but this was a simple, friendly town with a good ambience so we even stayed the night.

In the next couple of days we spent driving to get down to the coast. Our travel book was raving about Montanita so we headed there. For fairness, it is a small but westernised, busy surf town that gets noisy and somewhat trashy at weekends. Our timing, as usual was a little bit imperfect and we arrived on Friday afternoon and was expecting a riot over night. Ahead of this we decided to walk down to town and made ourselves comfortable at a swanky bar where we met Tom Cruise’ alter ego (Tom Cruise in “Cocktail”, not so much the look) This guy was living and breathing cocktails. He was an acrobat with the shaker, bottles, glasses and cocktail cherries. Never heard anyone talking about basil leaves, lime or vodka with such knowledge and passion. I believed he was Italian deep inside. Besides our bartender friend, there was a table attendant, a local “mute” guy. I know it sounds odd but he either didn’t have the ability to speak or he didn’t want to but instead he was miming everything and with such skill I have never seen before. On top of all he was wearing a black and white horizontally stripy top which gave the impression of a French street mime. The fun really completed with the crown jewel, in form of a glimpse at the manager’s freshly done tattoo that covered his back and that was slightly distasteful but kind of funny. So our bar experience made up for the slightly noisy and mosquito infested night.

The next morning it was clear to us that we definitely don’t want to stay for the weekend so we got out of there before the beach party kicked off. In just 20 something kms we found a charming and peaceful hostel/campsite that was located on the top of a great cliff with a marvellous view of the ocean that was full of migrating whales. (Islamar Hostel near Salango/ south of Puerto Lopez) Shortly after our arrival a German couple we met in Cusco briefly, rolled in and we were very pleased to see each other. We spent 1 week there together and didn’t do anything else for the entire week but get fresh fish from the fishermen every day, cook, eat, drink and have long conversations. And it was marvellous. 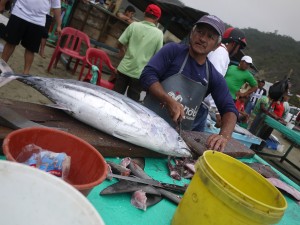 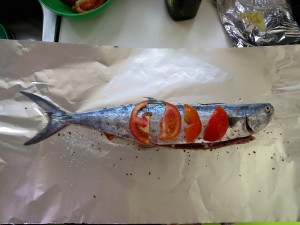 Then John and I headed to Quito visiting Lago Quilotoa and Cotopaxi National Park. Both are absolutely wonderful places with breathtaking view.

Quito was an experience itself. One of the very few (proximately 3) capital cities we visited on this trip. We had a waypoint to a 24h car park in the centre next to Rotten Ronnie’s (McD) so had wifi right next door. Besides we needed to shop for fancy stuff like new trainers, jeans some electrical stuff, phone chargers and such, plus a new colour nail varnish for me. We had a few nice days with fine dine and the first night with appalling “Scottish” beer. Pretty disappointing so for the rest of the days we just stuck with the local Pilsner but through that one night in a bar we met a Shaman and we had the most fascinating conversation.

Just to pop back in time… after the 7 days, costly service we have had done in Cusco we had a problem. It was heart sinking to find out when we left Cusco that whatever they made to “improve” Burt’s power in altitude actually backfired. We rolled in to the workshop in Cusco with a powerful truck and came out with a weak one. It was upsetting to listen to the engine struggling through the Peruvian highlands but we knew that there is a proper Mercedes garage in Quito and John had a plan.

We found the garage and booked in. We also were pleased that the manager was an English speaking German who also fully understands mechanical issues. This was a relief and John was so happy to communicate our problem properly. But this reason or another we ended up staying for 5 days (again, just way too long) and they only could resolve half of our problem. We decided to give up on the fancy garage, paid the juicy bill and left.  *Jumping a few weeks here to add that at the end John learned how to fix it and did it himself. For free!
Also going back a few weeks… In my last post I mentioned that we had a bit of a wobble and that we needed to rethink, recalibrate the travel and we were still working on that. We actually went as far as checking shipping details from Ecuador to all sorts of directions and destinations and created an A, B and C plan. Within a couple of weeks through talks and just experience things cleared out and we decided to stick with plan C which was; Let’s continue the travel but have a week or so “break”. Which in my case includes yoga, good food and people. This is where Vilcabamba came in to the picture.

Vilcabamba is a  small, easy going town in a valley with friendly locals and expats. There’s a hostel a little outside of town where we intended to stay. Even book in to a nice room if they had one but if not, they let Overlanders stay in the car park. What to me was the real deal that they have yoga lessons twice a day (most of them are for free!) 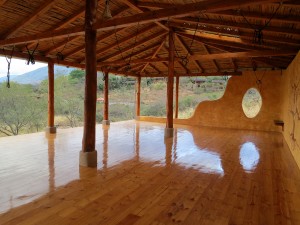 yoga studio at the hostel

When we got there we were very impressed by the beautiful, well kept property. These are usually the places where they do not want overland truck parking in their car park so I was bracing myself to be shooed away. Instead we found the two most friendliest hosts who not just let us stay in the car park but insisted to park in the top one, near the restaurant and facilities. This was partly because the church over the road just kicked off a 9 days fiesta and the nights are very noisy at the lower car park. They didn’t have a room but at this point it didn’t even matter. They asked a very reasonable price for the car park using all facilities. 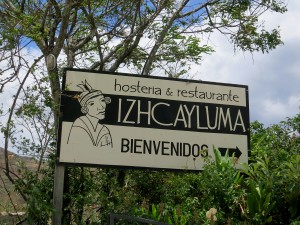 We had the most fantastic 8-9 days there. Me having yoga twice a day, making brilliant new friends, walking down the village, making more friends, dancing on the main square for a music video shooting, dancing at the church party one night, hanging out with the new friends at the hostel’s bar, having delicious German dishes and just indulging in the goodness this whole valley provided. Possibly the best place we have been on this journey. 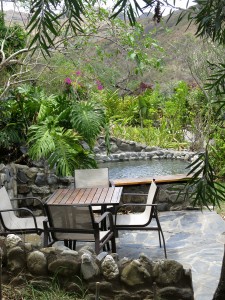 All good comes to the end and after being here for a week we felt it is time to move on. We prepared for a couple of days and were ready to move on. While at the hostel, there were several overlanders checked in, including a young German and a Swiss couple who were also ready to leave the same day going to the same direction so this time we left with two other vehicles. 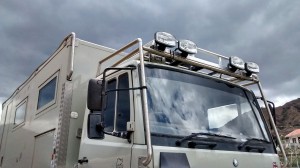 Next, back to Peru…