After saying good bye to friends and family. We left England and arrived in Halifax on the 3rd of December. 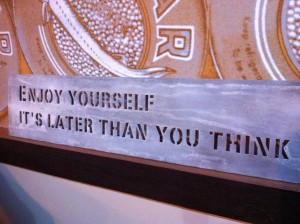 We checked into our hotel in downtown Halifax, spent a few days enjoying the mild winter and the Christmas atmosphere before we picked up Burt from the port -who arrived right on time.

After we went through the quick and painless process of the handover our first journey was to the petrol station to fill the tanks with diesel then headed to Walmart to buy all the necessary pieces we couldn’t smuggle in such as pillows and duvets and some kitchen equipments.

Johnny also decided to get an extra diesel tank for storage so off we went to find an engineering company who would build and fit one on the under of the truck for us. 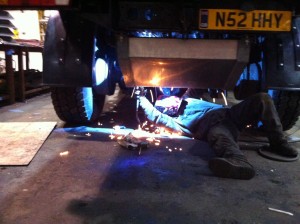 In these few days of scooting around and do quick shopping we discovered that we draw a lot of attention with Burt so had to start learning the etiquette of parking lot chats.

At one of these chats we came across a very friendly local guy David who invited us to spend our first ever camp nights at his house by the beach, north of Halifax before we head off. He was wonderful and generously offered to fill up our fresh water tank from his house.  We found out that David and his wife were at the doorstep of their new life -he’s got a new job in British Columbia so were about to move from one end of Canada to the other. He was very excited hearing about our plans. 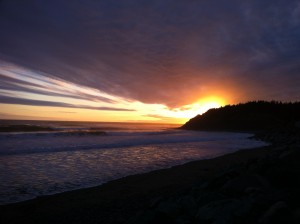 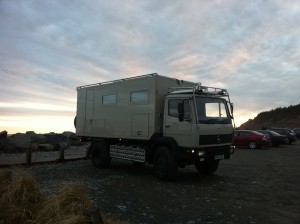 After spending our first ever night in Burt -or some sort of camping in general, we said our goodbyes to David and left to the wilderness!