After spending one more night at the Badlands -at a peaceful spot we woke for a crispy and clear weather with blue sky and sparkling sunshine. We took our time with breakfast and coffee then set off on a side road, south-west which was a wonderful drive with absolutely no traffic only a sleepy porcupine crossing our way at one point. John tried to take a few photos of him but he kept grumpily turning his back to the camera. It was quite a comical event to watch. 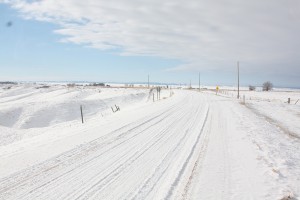 It was still daylight when we arrived in Hot Springs -in the hope of dipping in one. For our much disappointment  despite the never-ending source of natural hot water, the only public spa was closed for the season. After failing finding a nice natural spot for the night we ended up parking up in a Best Western hotel car park. Initially the lady wasn’t sure for us to use their rear car park but falling for John’s charm eventually she not just let us stay she also gave us free pass to their jacuzzi and pool facilities as well as she advised us for a fun little place across the road which had good beer, buffalo burger and bowling lanes. So we had an evening out with fun.

The following morning we headed north to the Wind Cave National Park where we wanted to visit the cave -if it was open. And it was! Not a busy time of the year so we had a special “private” guided tour in the cave with one of the most enthusiastic ranger we’ve came across. It was fun but we both realised that we aren’t the biggest fans of caves. I mean, it’s great and appreciate the size, age etc of it but it’s just a cave. So after this we moved on a bit more further north to Custer State Park where we found a primitive camp site for the night (we could fill up wit fresh water though) 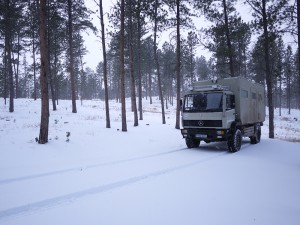 As we heard so much about it (also being one of the US’ most iconic monuments) we were keen to see Mt. Rushmore. Also approx. 15 miles from it there was the Crazy Horse memorial and museum, that we came across with in our history book, and we were eager to see this as well. So in the morning we made our way to Mt. Rushmore and we found it less impressive as we thought so apart from stopping nearby to take a few photos we just moved on. On the other hand Crazy Horse Memorial was great. The monument itself isn’t ready yet* but they created a museum/visitor centre with the history of the Native American leader and the story of the sculptor and his efforts to create the world’s largest monument. I found it a very well presented place with plenty of fascinating Native American arts and crafts, photos, history also part of the centre presents the artist and his family’s life and work. There was a nice restaurant, cafe and a store to fuel up with snacks and bits and bobs. 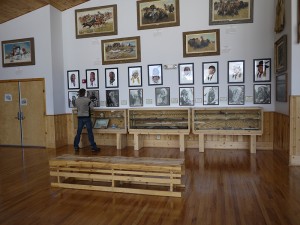 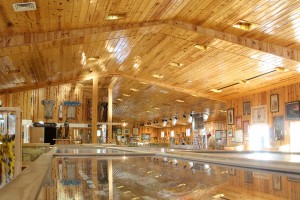 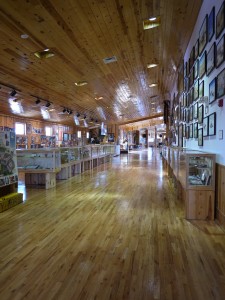 *Crazy Horse was chosen by the Lakota Sioux elders hoping that this monument would balance the focus on Mt. Rushmore. They chose sculptor, Korczak Ziolkowski to create the memorial who started his work in 1948. His family (wife and 10 children!) took over his work after his death in 1982, and ever since (turning down 3x on federal offers of $10M) they are making efforts to finish Korczak’s vision.
Although the monument is far from being finished, there are mini versions in the museum of what it will look like when finished, one can imagine the final monument in its full size meaning. We really enjoyed this monument and were happy to spend the whole afternoon exploring the visitor complex.

We found a lovely spot for another peaceful overnight camping by a frozen lake. Tomorrow we’ll be leaving South Dakota where were so much to see and explore.
Next Wyoming!